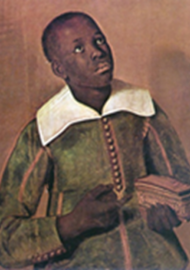 Lanzerac, Old Nectar, and Klein Gustrouw (previously ‘Leef op Hoop’) are successful farms in the Jonkershoek Valley to this day, having passed through different owners’ hands since they were first established in 1683. But a reregistration process was instituted in 1692 when Lt Isaq Schrijver registered his farm. The initial farms in 1683 were an all-black pioneering effort. The farms were originally started by a group of African, Bengali and Sri Lankan manumitted slaves, namely, ANTONIE VAN ANGOLA, Manuel van Angola with Lijsbeth van Angola, and Susanna van Bombasa; then a second farm owned by Louis van Bengal; and another owned by Marquart van Ceylon and Jan ‘Luij’ van Ceylon. The manumitted slave, Evert van Guinea, after relocating from his Table Bay market garden to Stellenbosch where he was the first of the early pioneer Free Black farmers, started another farm project, Welgelegen.

Antonie van Angola first named his farm, Angola. After he and his neighbouring Free Black farmers enjoyed a decade on their own in the valley, in 1692 a European farmer, Lieutenant Isaq Schrijver, settled among them in the Jonkershoek Valley. Schrijver is incorrectly projected as the first pioneering farmer. His farm named Schoongezicht was only established in 1692. 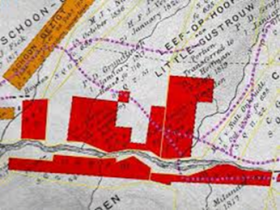 D’Zwarte Antonie van Angola is considered a principal pioneer among other significant farmers drawn on a map of the South Western Cape in 1688/90. He and his partner in the farm, Manuel of Angola, were granted almost 58 morgen. Antonie was the more hardworking and consistent of the two farmers. Was he successful? In the 1688 records he is noted as an owner of horses, 18 cattle, 196 sheep, fields of wheat and rye and 600 vines. By 1692 he had increased his vineyard to 4 000 vines. When he died in 1696 he left a solvent estate. On the farm east of Antonie’s farm, was Leef-op-Hoop, about 29 morgen farmed by Louis van Bengal acquired in 1683. After the deaths of the pioneer Free Black farmers, Schrijver encouraged by his wife Anna Hoeks (widow Hasselaar), bought up the farms of his Free Black neighbours and these were attached to Schoongezicht. It was Antonie’s farm that was brought together with Schoogezicht that was renamed Lanzerac in a romanticised French make-over in 1914. Today these farms are among the great winelands tourism attractions, but the black history of the farms has been airbrushed out of history.

Antonie was born in Angola in 1645 and died at the Cape on his farm, Angola, at Jonkershoek in 1696. Pioneering black farmers started many of the best farms across Stellenbosch and the Drakenstein.  These farms existed long before the arrival of the French Huguenots. 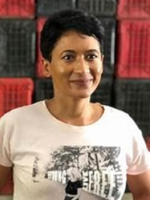 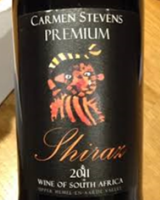 Carmen Stevens & one of her Premium Wines

A Camissa African, Carmen Stevens, emerged to pioneer a revival of black winemaking and black wine-farming after 260 years. It was not an easy breakthrough, but she persevered in the spirit of those early pioneers who rose above the adversity of slavery to become the first to turn virgin land in Stellenbosch and Jonkershoek into productive farms. Carmen has been a pioneering first in the modern era.