Human development across Africa can be traced back over millions of years, including different species of archaic humans. Within the last 300 000 years early groups of homo sapiens emerged and from these only one species of modern humans survived to this day – our species, who trace back 194 000 years ago to Northeast Africa. 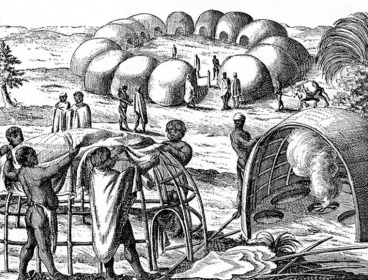 Ancestors of this single species spread out right across Africa from a single ancestor recorded as the genetic haplogroup marker L0. 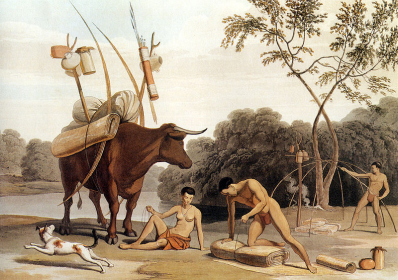 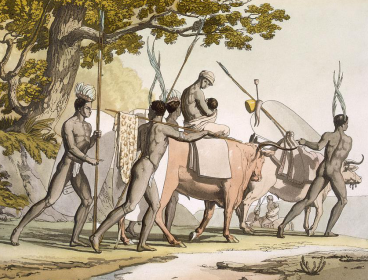 In the dispersal, different genetic markers spread across Africa as subgroups of L0 and L1, L2, L3, L4, L5, L6. Each had thousands of sub-groups within them. In Southern Africa, the haplogroups L0a, L0k, L0d, L0d1, L2a1a and their sub-groups are ancestral markers that reached different parts of Mozambique, Zambia, Namibia, Botswana and South Africa at different times between 140 000 and 30 000 years ago (in the Southernmost region). These ancestors resided alongside Archaic human species and probably other Homo Sapien species who are now extinct. 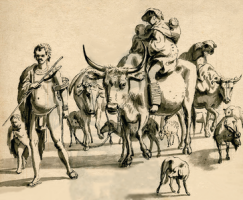 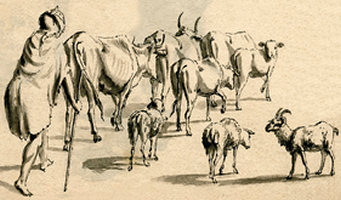 These earliest of ancestors settled alongside water - ǁkhamis sa – wherever they went, and as slow migratory drifts of other ‘L’ groups occurred in ever increasing circles in Africa, with different cultures and genetic groups inter-mingling over time. Archaeological evidence of African cultures in the Arab peninsula and further afield shows us that around 100 000 years ago there was a migration out of Africa of Homo Sapiens (much earlier than previously proven), thought to be followed about 70 000 years ago of another out of Africa migration. Around 140 000 years ago the earliest of the ‘L0’ ancestors reached Namibia/Botswana. In both the ‘out of Africa’ case and the Southernmost migration it was a matter of following waterways and dodging the effects of radical weather changes that governed migration. Until recently it was proven that admixture took place with some archaic human species in Europe but not in Africa. This has subsequently been revised to show admixture of Archaic Humans to a lesser degree with Homo Sapiens in Africa too. The arrival of these “L0” ancestors of our species trace back to around 30 000 years ago in the Cape.

Read more about the peopling of South Africa