JOSEPH ORDERSON was born in Bridgetown, Barbados, in 1868 and passed on in 1931 at age 63. He would have come to Cape Town in the 1890s along with other Caribbean migrants and settled in District Six while he worked as a dockworker/shipbuilder in Cape Town Docks. His son was James “Derra” Orderson who passed on in 2011 and it is his photograph that appears for Joseph Orderson of which no photograph exists. 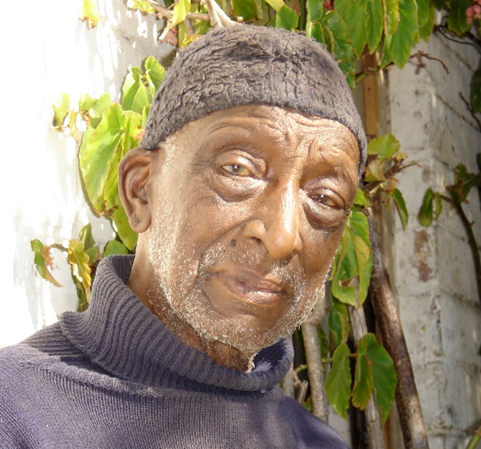 Kurt Otabenga Orderson learnt that his great grandfather Joseph, came to Cape Town from Barbados in the Caribbean and so, as a filmmaker, decided to go on a documentary journey in search of his roots, to retrace the lost history of the Orderson family. The filmmaker’s great grandfather, Josef Orderson was of the generation of newly emancipated slaves, who with fellow West Indians left Barbados to settle all over the world, including Cape Town’s District Six. These men came as sailors and were part of the pioneering Black Atlantic Communication Network, inspired by the UNIA. It is unfortunate that the family have no photographs of Joseph, but asked that we use the photo of their grandfather to represent himself and Joseph.

Kurt’s story and that of his great grandfather is just one of the many lost stories of how those classified as “Coloured” have been de-Africanised of our heritage over the last century. Kurt’s journey illustrates what is possible when retracing our roots. Joseph Orderson chased his own dream of freedom. Kurt too has chased his dreams of giving voice to the many hidden stories both past and contemporary in our society. In doing so he has excelled.

Kurt Otabenga Orderson is an award-winning filmmaker. He has worked on 6 continents and has directed and produced  over 11 feature documentaries, and more than 20 shorts, that have screened at international film festivals and through various broadcast outlets. Kurt is the founder of Azania Rising Productions, a company that aims to inspire young people through creative storytelling about Africa and African diasporas. 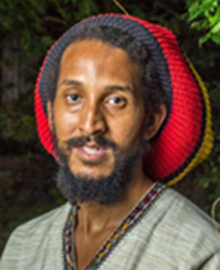 His career started after completing his film and television studies at Monash University, South Africa, in 2004. His films serve as a creative pedagogy by making use of historical, political, and transnational solidarity traditions. His work explores unknown stories, asking critical questions to create new narratives in impermanent settings.

Azania Rising Productions consists of a collective of filmmakers and activists, creating film and media content that facilitates unity, solidarity, forms new alliances, and stimulates public discourse. Azania Rising, aspires to tell stories about Afrika, the Afrikan Diaspora, and Afrika's legacy in world heritage to revive political consciousness, honouring the struggle of our foremothers and fathers. Previously, Kurt worked for six years at the South African Broadcasting Corporation and several other international production companies. His work has featured on a broad spectrum of outlets, including Al Jazeera, ESPN, ZDF Germany, ETV, TRT-Turkey, and HULU. Additionally, Kurt guest lectures at various universities, including the University of Cape Town, University of Pennsylvania, University of São Paulo, Johns Hopkins University, Brown University, University of West Indies, and the University of Toronto. "Not in My Neighourhood," his most recent feature-length documentary has screened at over 25 film festivals and won the Audience Award at Encounters International Film Festival, Best Documentary at the HBO American Black Film Festival and Jury Award (Outstanding Film) at the African International Film Festival. Kurt has also been a recipient of the Arrighi Center for Global Studies Fellowship at Johns Hopkins University. The Camissa Museum hopes that Kurt Orderson will interpret some of the many stories captured by the museum in video interpretations in the future.

The Prodigal Son - Kurt Orderson
The video story of Joseph Orderson.
Multi-awarded documentary on the incredible journey of the director's grand-father, who fled Barbados to live free in Africa, but ended up in Apartheid. Kurt Orderson, a Rastafarian and young filmmaker, from Cape Town, South Africa, retraces his great grandfather's epic journey and legacy, Joseph Orderson, who came from Barbados to Cape Town in the 1890s and was part of the Universal Negro Improvement Association UNIA, founded by the great Marcus Garvey, the father of contemporary Black Nationalism and Pan Africanism.
[01:24:03] Azania Rising Productions
Tributary 7: Apprentices, Sailors, Indentures & Other Migrants of Colour
Select one of the people of Tributary 7 to read more about them.