From 1652 to 1806 there were 63 000 first generation African and Asian enslaved people brought to the Cape according to research by Dr Robert Shell. Between 1806 and 1870, until the last arrivals of ‘Prize Slaves’ also known as ‘Liberated Africans,’ there were another 15 000 first generation mainly African slaves. These were the survivors of the 100 000+ enslaved people who traversed the Indian Ocean slave trade routes to the Cape; around 30 000 perished on the high seas en-route. It is estimated that an equal number of enslaved people were the locally born children and successive grandchildren of those originally enslaved in Africa, Madagascar, India, and Southeast Asia. As a snapshot of enslavement numbers at one moment in time, in 1796 there was a total of 25 754 enslaved persons and 1 700 Free Blacks in the census, compared with 20 000 Europeans. In 1820, the official figure for Khoe and Baster-Khoe was 25 975, according to Gillomee and Mbenga (New History of South Africa, Tafelberg, 2007).

The enslaved at the Cape were brought to the colony from Africa and Madagascar (47 300); from India, Sri Lanka, West Bengal & Bangladesh (17 200); and from Southeast Asia (13 500). Boer ‘voortekkers’ also carried out slave-raiding, slave-trading and kept slaves to develop farms in the new Boer territories of the Orange Free State and Transvaal, after they left the Cape in 1836, many with their enslaved labourers. This continued to 1898.

While some of the enslaved were given toponyms denoting the areas from which they were captured or exported, others were given a range of other names including the names of months in the year, biblical names, facetious names, classical names and the surnames of their ‘owner-masters’. During the Liberation Struggle of 1961 – 1994, some prominent liberation fighters had such surnames as September, February, October and April. There were at least five ways in which people became enslaved:

Without the exploited enslaved labour, the European colony at the Cape would most likely have floundered. The enslaved were taken from over 105 recorded locations worldwide and forced to assimilate with each other and often subjected to practices of ’breeding‘ slaves from different localities, orchestrated by those who ruled their lives. Within three generations the enslaved were creolised and Africanised through their relationships with local indigenous Africans – Khoe and Xhosa, in the main.

Enslavement involves the brutalisation of human beings and is regarded as a crime against humanity. The Indian Ocean slave trade involved 3,5 million people from 1500 CE onwards. The slave trade was abolished in 1807, but British Royal Navy policing of the high seas only started in 1840. Enslavement was formally abolished in the Cape on 1 December 1834, but was only put into effect four years later, in 1838. After manumission, the British government financially compensated the slave owners for their lost ‘assets.’ Rather than compensate the enslaved for their enslavement, they were forced to compensate their owners by providing four years of apprenticeship labour. The enslaved brought to the Cape after being seized by the Royal Navy from slave-trading vessels on the high seas, until 1870, were branded and forced to do lengthy compulsory apprenticeships as “Liberated Africans” or “Prize Slaves.” 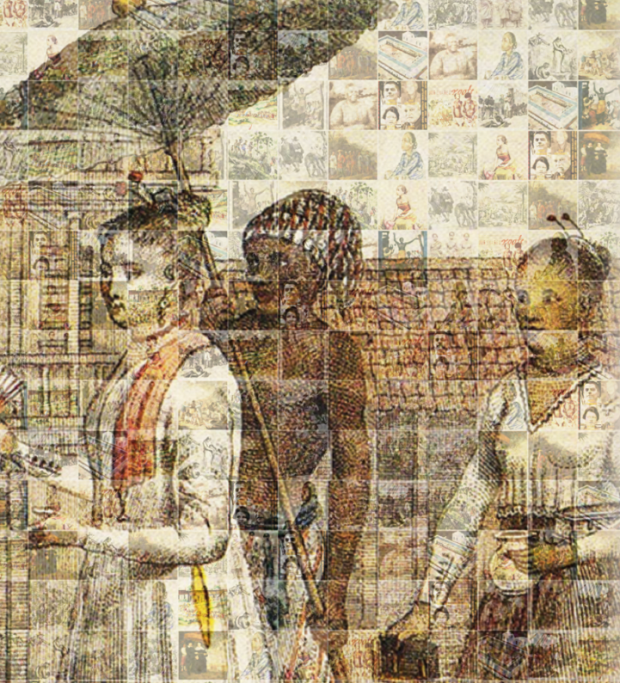