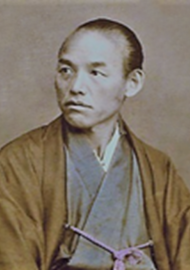 Zacharias Wagenaer was the successor to Jan van Riebeeck and arrived at the Cape in 1662 after he had been the VOC Chief Factor on the island of Djima in the Bay of Nagasaki. ANTONIJ DE LATER (de la Terre) VAN JAPAN, or simply Anthony van Japan, arrived as an enslaved person with Governor Wagenaar.

Anthony van Japan was recorded as being born in Bengal and baptised in Batavia in 1642, but identified as being Japanese. His baptism witnesses and foster parents/slave-owners were Japanese slave owners Johan van Nagasaki and Johanna van Hirado. Anthony possibly was a child surrendered as debt bondage.

There were Japanese people across Southeast Asia and associated with the VoC footprint and thus Anthony may well have been the child of Japanese parents or possibly a Hāfu having one Japanese and one non-Japanese parent known in derogatory and discriminate language as ainoko or konketsuji. Because of his appearance to the European eye, at one stage the secretary of the Council of Justice at the Cape referred to Anthony as Anthonij de Chinees. Europeans considered all Asians with what they considered Chinese-like features, to be Chinese overlooking the fact that they originated elsewhere. 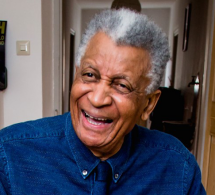 In 2018, the world-renowned Cape jazz pianist, Abdullah Ibrahim, in conversation with the Japanese Consul in Cape Town, acknowledged being inspired by Anthony de Later van Japan. In April 2020, at the age of 85, Ibrahim was awarded the prestigious Spring Imperial Decoration from the Japanese government. He received the Order of the Rising Sun – an award which recognises his contribution to the emancipation of South Africa through music, and celebrates his understanding of Japanese culture and spirituality.

For the past 50 years, Ibrahim has been a dedicated student of Japanese martial arts, or budo, under his sensei, grandmaster Yukio Tonegawa. He holds a black belt in karate and is a master-level teacher certified by Tonegawa, qualified to pass on this ancient form. Aside from performing many concerts in Japan over the decades, in 2008 he released Senzo – a solo piano suite whose title translates to “ancestor” in Japanese. His 2014 album, Mukashi – Once Upon a Time, is a quartet recording incorporating Japanese influences with stories from South Africa.