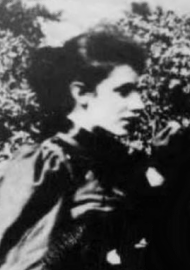 Dr Abdurahman’s political history is well documented, but Nellie’s less so. Nellie Abdurahman was a campaigner for the rights of the underprivileged, alongside her husband. Even after their divorce she continued her campaigning. The young couple settled in a house off Mount Street, at Castle Bridge in District Six. It was not easy for a Scottish woman to assimilate into the Muslim community classified as “Coloured” in Cape Town, but Nellie was no ordinary Scot – she was a feisty non-conformist.

In later years Nellie became far more radical than her husband and embraced the emergent liberation politics of their children’s generation. It is from Nellie that the famous and much loved Cissie Gool, City Councilor and activist, developed her socialist leanings which led her to joining the Communist Party of South Africa in 1933, after being introduced to it by Ray Alexander and Johnny Gomas.

Zainunnissa ‘Cissie’ and Waradea ‘Rosie’ were the two daughters born of the marriage between Abdullah and Nellie before their marriage ended in divorce in 1923. Dr Abdurahman married again to Margeret Stansfield in 1925 and, they moved to Kloof Street in Cape Town.  Cissie was married and studying at university by that time. Abdullah and Margeret had three children; a daughter Begum, and two sons, Abdullah Jnr and Nizamodien. Nellie’s home in District Six, known as the Abdurahman Lodge, was always a hive of activity. Amongst the diverse leading political figures of the time to regularly visit her home were Hadji Ojer Ally, Ghandi, John Tobin, Clements Kadalie and Matthew Fredericks - all of whom played outstanding roles in the emergent APO and some of whom had roles in the early Congress Movement that would give birth to the South African Indian Congress and the African National Congress. 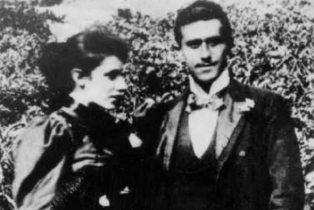 White politicians such as J X Merriman and J H Hofmeyr also visited the Abdurahman home. Leading female political personalities of the day, including Nellie, were important mentoring figures in the lives of Nellie’s daughters Cissie and Rosie. Amongst these women were Olive Schreiner, Indian leader Sarojini Naidu and the young Latvian – Rachel Alexander.

Nellie served on the Cape Town and Wynberg General Board of Aid, the Ratepayer's Association, the Women's Municipal Association, the Women's Enfranchisement League and later, the National Liberation League Finance Committee. Nellie Abdurahman’s passion for equality in education and social justice was infectious.  She was the founding President of the African Political Organisation’s Women’s Guild in 1909 – a body overlooked by most historians. Within two years of her starting the APO Women’s Guild in her home, it grew to have over 70 branches. Nellie was highly active in broader politics, particularly in the advancement of education and was nominated in 1928 to serve on the city council but was not elected. Nellie was also highly active in the women's suffrage movement, with Olive Schreiner.