The Maroons, Orlam and Drosters were new communities that developed in the 18th century.

In the Eastern Cape along the wild coast there were many European ships that were wrecked leaving survivors marooned. These Maroons had no hope of ever getting back to Europe or to the early small Dutch colony in Table Bay. The Maroons were European and Asian travelers washed up on the beaches and looked after by the Khoe, Xhosa and Thembu. They and their descendants assimilated into African communities like the Tshomanes, Bomvana and Ndlambe. Their offspring are recognised in the iziduko clan name system among the Xhosa as abeLungu and AmaMolo.

Later European assimilation into the amaXhosa for instance included a Scottish lineage known in the iziduko clan name system as amaSkotjes. Several European surnames are associated with integration with Eastern seaboard African societies of the Eastern Cape and KwaZulu-Natal (KZN) – Conway, King, Fynn, Nunn, Dunn, Rourke. There are also those who are the descendants of Rev Tiyo Soga and Janet Burnside, and others born of multi-ethnic marriages.

In April 1686, a Portuguese ship carrying three Siamese ambassadors to the King of France and an entourage of fifteen were shipwrecked and only a few Maroons survived the long march from Agulhas to Table Bay. Some would have perished while it is possible that others assimilated into the local African societies. Among the San, Khoe and Xhosa there are also older stories of possible Chinese Maroons along the stormy eastern coast, from the time of early Chinese voyages prior to European sea travel into the Indian Ocean.

Those mixed Khoe and enslaved peoples who organised themselves as proto-national groups, using the nucleus of their indigene roots, were called Orlam. Orlam included variants who called themselves Orlam Afrikanders, Orlam Springboks or Orlam Bergenaar Basters. The Orlam Bergenaar Basters were descendants of Khoe refugees, relationships between indigenes and slaves, non-conformist Europeans, escaped convicts, and eccentric missionaries; they later renamed themselves Griqua, Witbooi ǀKhowesen and Korana. The term ‘Orlam’ could be loosely translated as ‘wise-guys’ referring to the fact that they had learnt and perfected the use of firearms and horsemanship, reading and writing, and an understanding of the ways of Europeans. The Orlam Afrikanders, Damara and Witbooi ǀKhowesen moved across the Kai !Gariep and settled among the large Nama communities in what was to become Namibia. 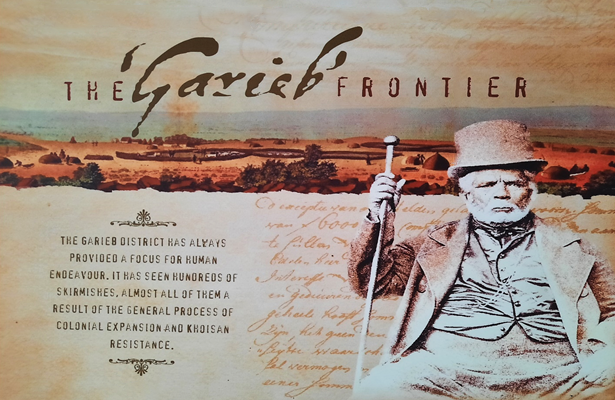 During the 1890s through to 1915 they were to experience gross acts of genocide at the hands of the Germans who had colonised Namibia. There were also Orlam amaXhosa who integrated into the new communities which emerged along the Kai !Gariep. They were the followers of Ndlambe’s half-brother Nzwane who was more widely known as Danster.

The origins of Drosters and Maroons involve local indigenous Africans, Africans from across the continent and Madagascar, Indians, Southeast Asians, Chinese and Europeans.

This array of Droster and Orlam communities became the first freedom-trekkers who moved as far away as possible from the reaches of the colonial government, long before the Boer Great Trek. They moved to the expansive territory along the Kai !Gariep River in the northwest of the Cape, and stretching to the lands of the amaXhosa and abeThembu in the east. There, the Drosters and Orlam mixed with other groups that they found along the Kai !Gariep River such as Kai !Gariep Khoe, San, Damara, Nama, Xhosa and Sotho.

Under the Kok dynasty, Barends family and Waterboer dynasty a Griqua proto-state was established in Griqualand. Between the Boers and the British, after the discovery of diamonds. this proto-state established by people of colour first split into two with Griqualand West becoming a British Protectorate for a short while and Griqualand East shifting location to what today is southern KZN. Ultimately both Griqualand polities were crushed. Other Drosters joined the amaXhosa armies, joining the resistance to both the Boers and later the British.

The impact of these creole resistance societies not just in the Cape, but across South Africa, Namibia, Botswana, Lesotho and Zimbabwe cannot be underestimated. The dispersion of these peoples demonstrates that the Camissa embrace is not just located in the old Cape Colony, but in the diaspora across Southern Africa and its peoples. 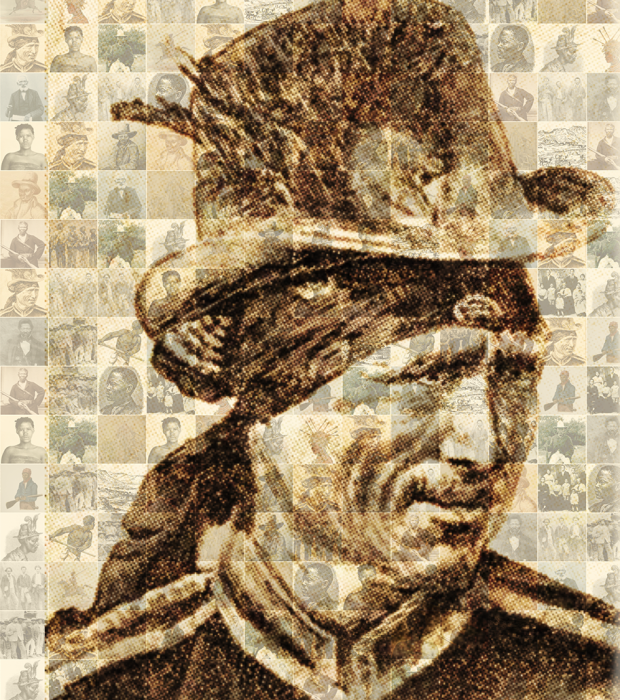