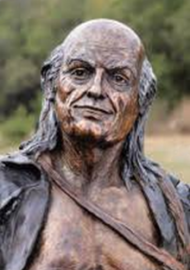 DR JOHANNES VAN DER KEMP was born at Rotterdam, Netherlands. After serving as an officer in the army, he went to Scotland where he attained his medical degree in 1782 at the University of Edinburgh. He practiced medicine in Holland from 1782 to 1795. Tragedy struck in 1791 when his wife and only child died in a in a boating accident. This tragedy sparked a turn to a religious vocation and through the Moravian Brethren at Zeist he learnt of the newly formed London Missionary Society (LMS).

He applied to the LMS to become a missionary and in 1797 was ordained. This was how he came to serve as a missionary at the Cape in 1799 where his first outreach was to the free Xhosa with whom he spent two years under the rule of King Ngqika.

In 1801 van der Kemp moved his outreach to the Khoe who were under assault and going through horrific experiences on White frontier farms alongside the enslaved.  Van Johannes was outraged about the enslavement and exploitation of fellow human beings as a declared abolitionist and immediately came into conflict with both the government and White colonists.

His experience among the Khoe called upon his core belief system to challenge the Europeans. He assimilated into the Khoe community that he served, and was married to a Malagasy woman who had been enslaved. He also saw his theology embrace what could be called an African theology and liberation theology. He became a friend of the great spiritual military leader Mkhanda in his formative years as a leader. With him having a strong academic background in philology – the study of languages – he was quickly able to grasp the Khoe and Xhosa languages. He was further fascinated with African religious beliefs and sought to find some syncretic engagement which differed from the general missionary approach that sought a combination of converting and ‘civilizing’. Van der Kemp's continuous reference to the requirement that the Khoe and the settler colonists be put on an equal footing, irked the colonists. Racist theology had become entrenched at the Cape where farmers inculcated the beliefs among the enslaved and Khoe that they were the children of Ham and had no place in God’s plan other than servitude. Kemp preached a theology that fundamentally opposed this racism. 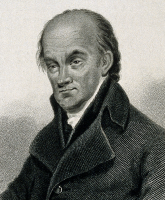 Johannes van der Kemp also articulated eighteenth-century ideas of civil society rights where government existed not only to ensure the welfare of the people but also to represent civil society's 'rights’ which he believed to be founded inalienably in both God and nature, and that humanity was not defined by race nor notions of civilization.

In 1803 van der Kemp founded Bethelsdorp, a mission station near Algoa Bay, through which he began his outreach to the Khoe people. From the beginning, however, Bethelsdorp was bitterly resented by the Dutch colonists as it became a refuge for Khoe runaways from cruel farmers or those escaping conscription into commandos. Van der Kemp’s identification with those at the mission and even dressing like them shocked the colonists and government.  He composed a hymn for the day of public thanksgiving at Bethelsdorp to mark the abolition of the slave trade by the British parliament and this further enraged the settlers.  He and another missionary, Read, took it upon themselves to campaign for the Cape government to take action against farmer cruelty during the period 1805 to 1810. Such accusations led to reports back to London, but also to submissions to both the local 'Landdrost' at Graaff Reinet and the Governor at the Cape. These reports incensed the Governor and  led to van der Kemp and Read being recalled to the Cape by Governor du Preez, the Earl of Caledon. This Governor was soon replaced by Sir John Cradock so van der Kemp and Read were free to move as they pleased. Read returned to Bethelsdorp to fight another day and van der Kemp remained in Cape Town, where he passed away in 1811. Van der Kemp’s funeral was attended by vast numbers of Cape inhabitants, including leaders of church and state, despite the antagonisms shown by some. It was a testimony to his life and work as well as inspiration for many who faced discrimination and oppression.

Khoe San Observe Heritage Month
Bethelsdorp, Port Elizabeth.
Bethelsdorp in Port Elizabeth harbours a rich history and important heritage of the region. It is part of the history of the Khoe people and their interaction with Christianity. The church here was erected more than 200 years ago in 1803 by Johannes Theodorus van der Kemp of the London Missionary Society to serve the 600 Khoe-San people living there. The stories of Bethelsdorp are still being told. (September 2016)
[04:24] SABC News
Tributary 4: Cape Non-Conformist Europeans
Select one of the people of Tributary 4 to read more about them.