St Helena island and the Cape have many historical connections and the first St Helenians that came to the Cape go back to the first British occupation of the Cape in 1795 when St Helenians had volunteered to join the British invasion. The next verifiable mention is of a number of Chinese indentured labourers from St Helena who joined the Cape Town Chinese community in 1834. 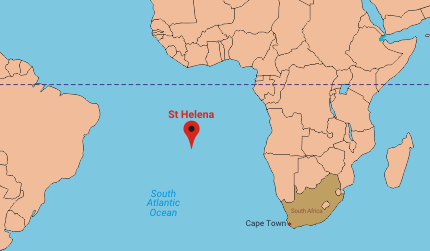 When one talks of St Helenians it should be remembered that all were immigrants to this uninhabited island, with 50% having their roots among African and Asian enslaved. The others were British settlers or soldiers, as well as a number of Chinese indentured labourers (20% of the non-enslaved St Helena population at that time) many of whom remained in St Helena when their indentureship ended, or who came to the Cape in 1834. During Napoleon’s incarceration on the island 800 soldiers were garrisoned there to guard him. At that time, 1817, the entire population was just over 4000. Saint Helena was used as a Prisoner of War concentration camp first for the Zulu king and entourage and later for the Boers. During the Boer War almost 1500 British soldiers were garrisoned in St Helena to guard the POWs. Other POWs were taken to British occupied India.

Between 1873 and 1884 there were also 2 232 St Helenian immigrants who came to the Cape Colony and Natal Colony. This was largely due to an economic depression in Saint Helena brought on by the opening of the Suez Canal which reduced shipping along the old sea routes to Asia. While large scale immigration took place at that time, further immigration, formal or as stowaways, continued through to 1949 where around 338 Saint Helenians (all regarded as ‘Coloured’ in this period) arrived in the Cape over the previous 30 years.

St Helenian immigrants locally were known as the ‘Saints’ and integrated into many different South African communities. Some used their British citizenship to integrate with South Africans classified as European, particularly from the English, Irish, Welsh and Scots ethnic groups, but most immigrant Saints were to be classified as ‘Coloured’ once the population registration act was instituted in 1950.

While there are many ‘Coloured’ families who are conscious of their Sant Helena roots, and even have photos and keepsakes, many do not know of these roots nor of the African, Indian, South-east Asian, and Chinese roots of their Saint Helenian forbears. 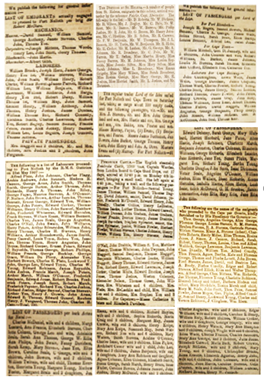 There are many old newspaper clippings (St Helena Guardian & Cape Standard & Mail – 1870s) and ships lists in which the surnames appear of those original Saint Helenian forebears who were indentured workers and household servants for European families. These give a good clue to people living today as to whether their surname is linked to St Helenians.

One prominent Cape Town family of St Helena roots is the Joshua family. Here is a submission to the Camissa Museum by Jolene Joshua of her family roots. 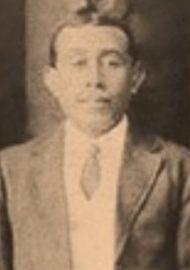 Ellen Martha Maggot & James Archibald Joshua
James Archibald Joshua (known to most as Archibald) was born on 6 June 1868 in Jamestown, St Helena. He was a fourth-generation Joshua and the great-grandchild of Samuel and Mary Joshua, both free slaves and the first recorded Joshuas on the Island.

Family & Employment
In 1885 Archibald Joshua married Ellen Martha Maggott (aged 19 years) in the Baptist Church on St Helena and between 1886 and 1902, they had fourteen children. Archibald worked as a labourer on the Island and in 1910 managed to secure a one year work permit and moved to Griqualand East where he managed an apple farm owned by a Scotsman, known as ‘Renee’. After his tenure was over, he acquired permanent residency and moved to Woodstock in the Western Cape where he worked as a painter for a local concern.

Immigration to South Africa
By the time they arrived in the Cape, a few of their older children were already there, having left the Island earlier to work in the city of Cape Town. Charles, their third eldest child had worked in the Copper Mines in Namaqualand for a short time before apparently walking all the way to Port Elizabeth and then after marrying, moved with his new wife to Cape Town. It was only the two eldest children, Ana Mussell and Richard James Archibald Joshua who remained on the Island and established their families there.

War Veterans in the Family
Quite a few of Archibald’s descendants ended up fighting in the various world wars. Archie, his grandson was awarded the Victoria Cross for bravery in WW2, for single-handedly capturing a few Germans. This experience sadly left him with shell shock (a manifestation of PTSD) which affected him well into his old age. Archibald’s son and grandson (both named Albert) were captured in Holland by German soldiers and interned as they held British passports. They spent a few years in a concentration camp and were released at the end of the war. Cyril, another grandson of Archibald was hit in the head on D-Day and was evacuated to England where he stayed until his death in 1975. His ashes were repatriated to St Helena.

Hand and Heart Cricket Club
The Hand and Heart Cricket Club was established by Archibald on St Helena and this family-based club continued to thrive in Cape Town, South Africa. Cornelius ‘Dickie’ Joshua (Archibald’s grandson) was an exceptional cricketer and played club cricket until the age of 64. He represented the South African ‘coloured’ cricket team along with Basil D’Oliveira and won the Sir David Harris Trophy 1946-47 and 1948-49 season. Almost all the sons and grandsons in the family played for the Hand and Heart Club and it continues to be celebrated as a special institution within this particular family.

Location of Archibald’s descendants today
While Ellen and Archibald remained in Cape Town until their respective deaths in 1937 and 1942, a few of their descendants, like many other South Africans at the time, found a way to escape the South African apartheid system and emigrated to various parts of the world. As a result, today there are roughly one thousand five hundred descendants of this family scattered across the globe, with a large concentration on St Helena, Canada, England, Holland, and South Africa. 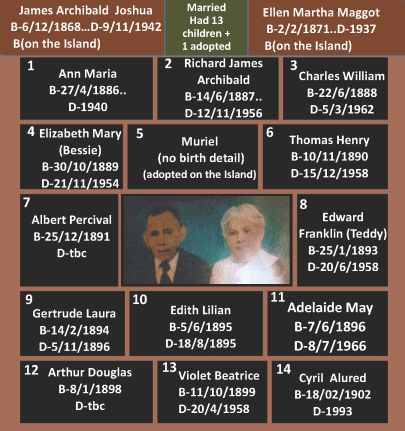 Archibald Joshua died on 9 November 1942 in Claremont and is buried in Maitland Cemetery, alongside his wife Ellen Martha Joshua.