Our Inspiration for Establishing Camissa Museum 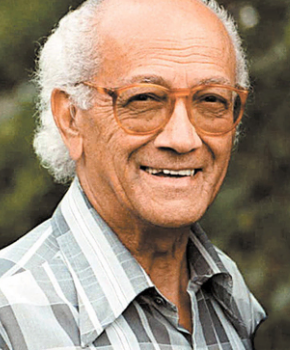 Reginald ‘Reg’ September was born in Wynberg in Cape Town on 13 June 1923, the son of Florence, a housewife, and Nicholas September, a carpenter. He first attended the Broad Road Primary School and then Trafalgar High School in Cape Town where his opposition to racism, colonialism and Apartheid was nurtured by his teachers who encouraged political debate and working-class consciousness. On leaving school Reg first went into the building trade and then into factory work as a leather worker. At the same time this was the beginning of his life as a trade unionist. He became a full-time trade unionist organising textile workers in Port Elizabeth and Cape Town in the 1940s. He is best known in this arena for his work in the Leather Workers Union and the National Union of Distributive Workers.

His political involvement while still at school began when he came under the influence of Moses Kotane, James La Guma, John Gomas, Ray Alexander and Cissie Gool. In 1938, at the age of 15, he joined the National Liberation League, the first liberationist movement led by Moses Kotane, Cissie Gool and James La Guma. He later became a member of its executive committee and he joined the Communist Party of South Africa (CPSA). When the Government set out to deprive those classified as ‘Coloured,’ of the vote, Reg was a primary actor in establishing the Franchise Action Council and served as its secretary. On his return in 1953 from a short stint abroad, organised by the CPSA, he became the principal founder of the South African Coloured People's Organisation (SACPO) – open to ALL, regardless of race classification, which became part of the Congress Alliance. He served as the renamed SA Coloured People’s Congress general secretary from 1954 until 1967 when it was dissolved. Throughout his life Reg found inspiration and took great pride in his enslaved and indigenous African ancestors. 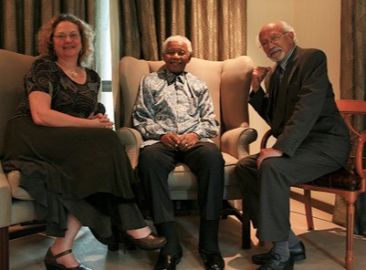 Reg September and his wife Melissa Steyn with Nelson Mandela

In 1961, the Apartheid government served banning orders on him. He was one of the 156 leaders charged in December 1956, in the Treason Trial. Reg was imprisoned for five months without being charged during the 1960 state of emergency and in 1961 was jailed again for helping to organise the May stay-away, though charges against him were later dropped. In 1963, Reg September was charged for attending a meeting of the Coloured People's Congress. In 1963 while on bail, he was ordered by the underground SACP leadership to leave the country to join the external wing of the organisation. By a long route through the British Protectorates, he went to Tanzania and from there to London. OR Tambo appointed Reg as the ANC Chief Representative in Europe, based in London. Reg opposed narrow ethno-nationalism and anti-Coloured sentiment within the ANC abroad and remained a close personal confidante of OR Tambo during a difficult period from 1965 to 1975 when the Apartheid regime fanned ethnic and race tensions inside the ANC and the émigré community in exile. He went on to serve on the ANC Revolutionary Council and other strategic structures and after 1985 served in the National Executive Committee. Back in South Africa he served on the ANC leadership negotiations team that engaged with de Klerk. Post-1994 he served as a Member of Parliament. Reg passed away in 2013.

After returning from exile Reg September, Professor Jakes Gerwel, and others initiated a series of Special Strategy Sessions starting in 1992 on challenges facing those classified as “Coloured.” Initially much of these discussions were constrained by operating within the ANC, but a decision was taken to free up this vitally important discussion by moving it into the open civil society space. Reg formed the Roots & Visions Forum and established a Steering Committee and Trust into which he drew several people that he had been working with for a few decades, including Patric Tariq Mellet. The focus was to bring together a cross-section of people classified as “Coloured” including community leaders, social commentators, academics, cultural artists, religious leaders, politicians, NGO leaders, historians, cultural artists, trades unionists and business leaders. This was the start of 28 years of consultations and public participation on the subject of ‘Building African consciousness, and forging understanding about a positive place of those classified as “Coloured” in South Africa’. It was out of this process that the project of building a place of memory and understanding in the form of a museum on the history and heritage of Africans with a Camissa heritage was born, and the Castle of Good Hope identified as where it should be based. On the passing of Reg September, Patric Tariq Mellet took on this pioneering role with a mission to produce a new history book, a biography on Reg September’s lifelong struggle and a museum project as envisaged – the Camissa Museum. As part of realising this intent, further public participation gatherings were held to assist in sharpening the content and framework of this project. 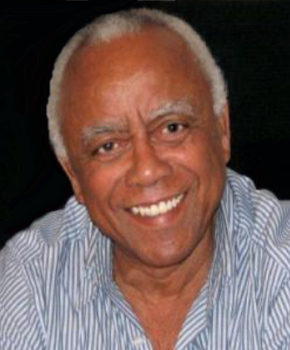 In the 1950s and 1960s, Dr Neville Edward Alexander became a prominent political activist. Neville Alexander joined the African Peoples Democratic Union of Southern Africa (APDUSA) which was established in 1960. However, he was ejected from APDUSA in 1961. In July 1962, together with Dulcie September, Ottilie Abrahams, and Andreas Shipinga, and five others, they formed a study group of nine members, known as the Yu Chi Chan Club (YCCC) - ‘Yu Chi Chan’ is the Chinese name for ‘guerrilla warfare.’

The YCCC disbanded in late 1962 and was replaced by the National Liberation Front (NLF), which Neville Alexander co-founded. In July 1963, he, along with most members of the NLF, was arrested, most likely as a result of betrayal. In 1964, he was convicted of conspiracy to commit sabotage and from 1964 to 1974 he was imprisoned on Robben Island.

His fellow prisoners, Nelson Mandela and Walter Sisulu, were fascinated by his part-Ethiopian origins. Neville only later came to a deeper understanding of the history of his grandmother’s enslavement. He said of his discoveries of his family history, that "It reinforced my sense of being an African in a fundamental way.” Under apartheid, his family was classified as ‘Coloured’, rather than African. He said, “we always struggled against this nomenclature”.

When Neville Alexander visited his maternal grandmother, Bisho Jarsa, as a boy, he never suspected the extraordinary story of how she had come from Ethiopia to the South African city of Port Elizabeth. Bisho was one of a group of Ethiopian slaves freed by a British warship in 1888 off the coast of Yemen, then taken round the African coast and placed in the care of missionaries in South Africa at Lovedale in the Eastern Cape. Neville recalls that, "We were overawed in her presence and by the way she would mumble to herself in this language none of us understood.” The language was Ethiopia's Oromo language, Bisho's mother tongue, which she reverted to as she grew older.

On 16 September 1888 the British gunship HMS Osprey, intercepted three dhows carrying Ethiopians to the slave markets in the Arabian port of Jeddah. Bisho Jarsa was among the 183 children found on the dhows and was taken to Aden in Yemen. From there they were sent to the Lovedale Mission of the Free Church of Scotland at the Cape of Good Hope, arriving there in August 1890. Bisho Jarsa was one of two Oromo girls to train as a teacher and in 1902 she found a position at a school in Cradock. It was there that she married Frederick Scheepers, a fellow student, who by then was a church minister. Their daughter Dimbiti married David Alexander, a carpenter, and from that marriage in 1936, Dr Neville Edward Alexander was born. 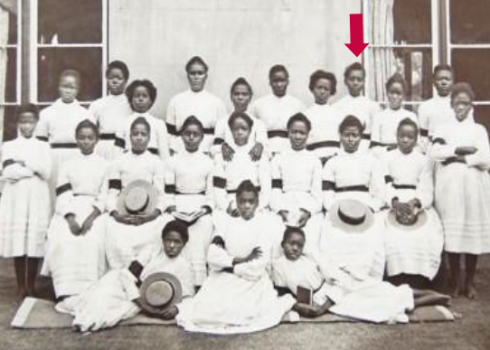 In a similar vein to explaining Camissa African ancestral and cultural heritage, Dr Neville Alexander spoke of the coming together of various tributaries of peoples in events around the Kai !Gariep River and used the river as an analogy for human identity development. He said: “The Gariep River is one of the major geographical features of this country. It traverses the whole of South Africa and its tributaries have their catchment areas in all parts of the country. It is also a dynamic metaphor, which gets us away from the sense of unchanging, eternal and God-given identities... It accommodates the fact that at certain times of our history, any one tributary might flow more strongly than the others, that new streamlets and springs come into being and add their drops to this or that tributary, even as others dry up and disappear; above all, it represents the decisive notion that the mainstream is constituted by the confluence of all the tributaries, i.e. that no single current dominates, that all the tributaries in their ever-changing forms continue to exist as such, even as they continue to constitute and reconstitute the mainstream.”

The Gariep and Camissa analogies pose an antithesis to narrow ethno-nationalism, singular ethnicities and notions of ‘race’ or ‘ethnic purity’.