Here we celebrate and recognise many of the greatest achievers and contributors among Camissa Africans – those who were classified as ‘Coloured’ by colonialism and Apartheid, who provide role-models for youth today. This wall highlights such people over the 20th and 21st century who have made outstanding contributions to the advancement of all of the people of South Africa.

Our children and youth today still live in a society where they are constantly bombarded with prejudicial stereotypes portraying people classified as ‘Coloured’ as being under-achievers, criminal gangsters, drug and alcohol abusers, loafers and jokers who are only interested in partying. By celebrating the exceptional achievers and contributors this negative stereotyping is challenged by the Camissa Museum. The museum also fundamentally challenges divisions fostered between African youth of South Africa – cousins - based on painting people as being divided into ‘black’ and ‘brown’, ‘Nguni’ and ‘Coloured’, ‘first’ and ‘alien’. These are deep Apartheid inspired divisions which we must overcome.

In the political arena people classified as ‘Coloured’ have frequently over the years been labelled as ‘appendages’, ‘left-overs’ and have been de-Africanised as a non-African minority. Nowhere else in Africa has such labels been used in post-colonial political frameworks. Apartheid labelling still carries currency as far as Camissa Africans are concerned in post-Apartheid South Africa. This is fueled by historical ignorance by some which has painted Africans classified as ‘Coloured’ as a homogeneous race or ethnic group that served colonial and Apartheid regimes as collaborators and junior beneficiaries rather than being oppressed victims of these systems. It is further suggested that people classified as ‘Coloured’ did not suffer as much as other Africans under Apartheid. The facts show that these views have no merit and are deeply offensive. Here it is important to understand the severity of oppression that was experienced differently by different African communities at different times with devastating impacts over 370 years as the Colony expanded. Many experiences and impacts on some were delayed in time for others and it is easy for history to become distorted by views on experiences in one epoch over another. 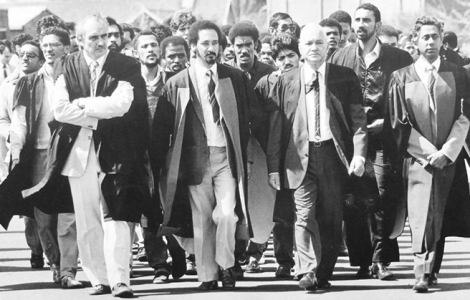 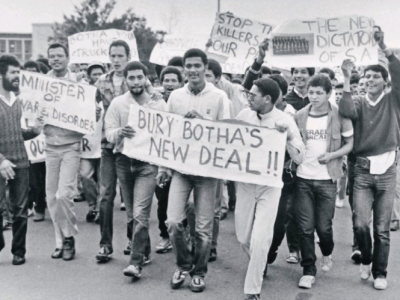 During the Apartheid years many classified as ‘Coloured’ served in a range of organisations that opposed Apartheid and were detained, tortured, killed, imprisoned, and exiled. Many Camissa African leaders were imprisoned on Robben Island along with Nelson Mandela and others. Many served in liberation armed forces and lost their lives in combat from Basil February to Ashley Kriel. Leaders like Dulcie September were assassinated.

The ancestors of those classified ‘Coloured’ since 1911 enjoyed cousin connections with all other African peoples and a rootedness in the Foundation African peoples. For the longest period than any other African people they suffered the severest onslaught of colonialism, theft of land, livelihood, identities, culture, and languages. For 227 years they experienced forced removals and the ravages of war against their valiant resistance in 19 wars of dispossession. They experienced 200 years of the brutality and indignity of the slavery system and were the first to experience pass laws and for the longest period of time. They were the only group to experience the most concerted and efficient de-Africanisation and assimilation into a socially engineered identification silo. And finally, were at the receiving end of a range of Apartheid laws and manipulations. 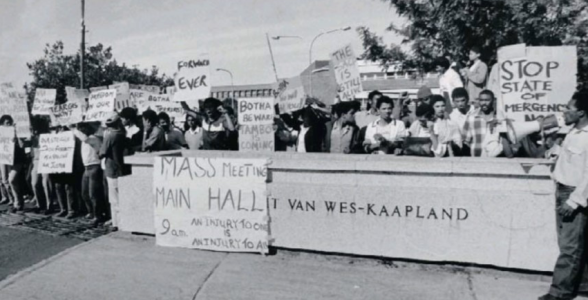 UWC students protest in resistance to Apartheid in 1980s

It is a fact that all black communities had Apartheid quislings and collaborators that made up tiny elites who benefitted, while the majority poor within those communities suffered because of the collaboration of those few. Those classified as ‘Coloured’ had the same, but this cannot be said to be the norm and character of Camissa Africans as much as it was not the norm for other Africans simply because of the Bantustan system and concessions doled out by the Apartheid regime. Variations in the machinations of Apartheid was underpinned by ‘divide and rule’ tactics.

It is for these reasons that it is important that teachers and students visiting the Camissa Museum at the Castle of Good Hope do not succumb to notions that ‘Coloured’ is a race or homogenous ethnic or ‘colour’ group. We are multi-ethnic and multi-cultural in our make-up and we also are not orientated towards mimicking ‘white supremacy’ with claims of group-primacy of any sort.  It is important to understand that they are the descendants of great African men and women who achieved much, contributed much, sacrificed much and are among the greatest achievers in the world in the innovation, social, business, agricultural, cultural, sporting, religious, political, intellectual, and other spheres of human advancement. South Africa is better off for the efforts of these giants. A common thread of African Consciousness and Black Consciousness was woven by the leaders recognised on this wall in opposition to race, colour and ethnic divisions which was used by colonialism and Apartheid to pit Africans against each other. Among us we have San, Cape Khoe, Kalanga, Griqua, Korana, Nama, Xhosa, Sotho, Tswana, South Asian, Southeast Asian, Non-conformist European, other Pan-African and global roots – some who still remain distinct African communities and others part of a river made of many tributaries. We together can celebrate and respect all of these tributaries. 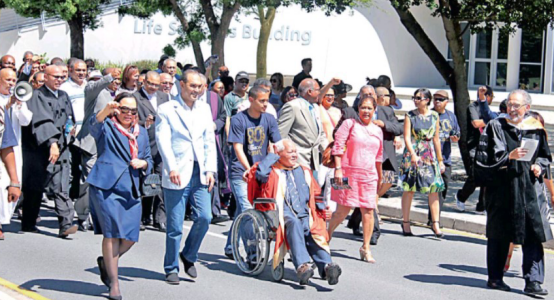 For the youth of South Africa, the message of these mentors and role-models who often started off as poor and disadvantaged  is that you should not allow anyone to mock you and stereotype you and tell you that you are losers. You were born of people who faced much hardship but were enormously successful in life. You can be successful too You too can contribute towards a better South Africa for all. “Os is! We are!” We are part of a big African family of peoples that have been willing and able to transform our society for the better.

For more research information on many of these amazing people you will find their biographies at South African History Online. It carries a biographies section and it is the most comprehensive resource on South African history to be found on the world wide web.
The Wall of Recognition is one of the website's many dynamic pages & will be updated regularly.
- Hover your pointer over an image to see details of the person or touch the image on your touch screen device -