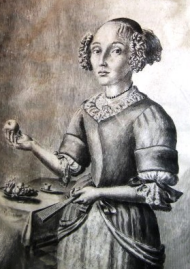 ANNA DE KONINGH was the daughter of Maai Angela van Bengale. In the period 1652 – 1657, the first few years of the settlement established by the Dutch East India Company at the Cape of Good Hope, there were only 12 slaves. Angela van Bengale was one of them. In her later years she gained the title Maai which means Mother.

Angela, born in circa 1641, arrived on the shore of Table Bay in 1657 as a slave in Commander Jan van Riebeeck’s household in the Fort de Goede Hoop. On departing the Cape in 1662, van Riebeeck made a small fortune by selling his slaves, including Angela. Angela was sold to the Fiscal, Abraham Gabbema, and when he left the Cape for Batavia in 1666, he came to an arrangement with his friend Thomas Christoffel Muller, a baker, for Angela to be manumitted (freed) after doing an apprenticeship. She was freed on 13th April 1666. 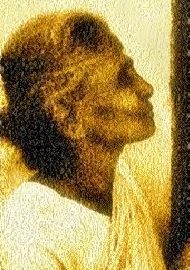 Angela, Ansiela or Engela are the variants of Maai Angela’s name in the records. She was captured in the Ganges delta of the province known as West Bengal in India today. The enslaved were captured from the fringes of settled areas from amongst tribal groups and mountain people who were not well rooted in Hindu or Muslim societies. They were taken to slaving stations in Ceylon or Myanmar and sold. The VOC had factories in settled areas such as Bellesoor, Volta, Houghlij‎, Kazimbazar and Patna, around which there were other European trading posts and factories.

The Bengali slaves were always ultimately dispatched from the large slave market in Indonesia at Batavia (Jakarta) on the island of Java. Angela, taken from Bengal, was finally sold in Batavia. From there she was brought to the Cape of Good Hope via Mauritius which was a compulsory stop. Angela was brought to the Cape with Dominga of Bengal, on the VOC ship Prins Willem. She was around 16 years old. Within four years of her arrival, she gave birth to her first child, Anna de Koningh. During the time of Jan van Riebeeck, Angela first engaged in a relationship with company official from Ghent, Francois de Koninck, the father of Anna. Then later when owned by Secunde Gabbema she had two children by another company official, Jan van Assen from Brussels with whom she bore two children, Johannes and Jacobus. 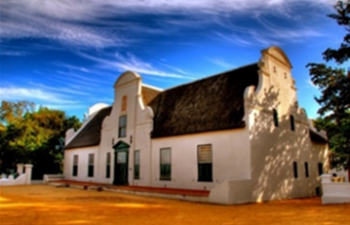 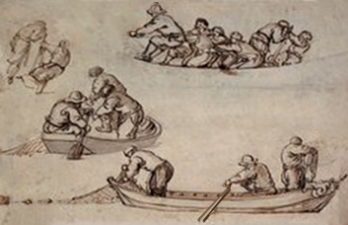 Fishing at the Cape

Anna de Koningh married Captain Olaf Bergh and when he died, she became the owner of Groot Constantia farm which was established by Simon van der Stel. Angela had petitioned the VOC for a piece of land while working with Muller and was awarded a deed for a small plot measuring 57 x 50 feet in Heere Straat, where she built a small house and started a vegetable garden and marketed her crops.  On 29 April 1668, Angela was the first adult slave to be baptised. By the end of 1669, Angela the self-made woman, married the Free Burgher, Arnoldus Willemsz Basson. Arnoldus and Angela then went on to have seven more children together. They were the founders of the first successful fishing business at the Cape, operating from Table Bay to Saldanha Bay. Angela died in 1720, leaving an estate of considerable property and over 15 000 guilders in cash as well as property in Hout Bay and the Drakenstein.