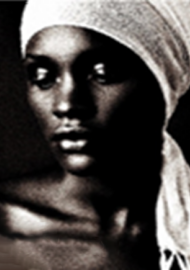 The first Free Black owner of the only erf in Camps Bay at the time was a woman by the name of ZWARTE MARIA EVERT, daughter of two West Africans - ‘Kaffer’ Evert van Guinea and his life partner Hoena (Anna) van Guinea. Zwarte Maria Evert’s parents were taken as slaves to the Cape from the territories today known as Guinea, Dahomey and Benin. Her parents were part of a large number of 402 African slaves from Angola and Guinea, mainly children that were landed at the Cape in 1658.

Born into slavery in 1663, Zwarte Maria was highly challenged by adversity, but she soldiered on to accomplish remarkable feats in her time. She died a very wealthy and respected woman. She owned the farms de Mosselbank at Klipheuwel and Klawervlei at Darling and also had been granted grazing and hunting rights in the veld of Sonquasfonteyn and the Drooge Vallei outside of Groene Kloof. History is silent about how exactly Maria Evert achieved such dispersed property rights except for a few indicators. In 1671, Evert, who had been granted his freedom by Jan van Riebeeck, bought Anna and her daughter Zwarte Maria and thus freed them from slavery. From this time Evert and Anna were living as man and wife. In 2003 when opening Cape Town’s new International Convention Centre, President Thabo Mbeki paid tribute to the pioneering and innovative spirit of Zwarte Maria Evert and said: “This is surely a triumph for descendants of slaves who came in chains and yet epitomize the very role models, which we now seek in re-shaping and renewing our African continent.” 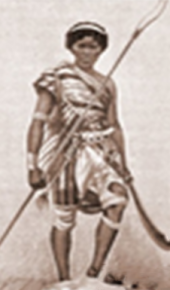 Freed slaves became part of what was recorded as the ‘Free Black’ population. In 1669 Evert van Guinea was granted a plot of land by Commander Jacob Borghorst near Roeland Street and Tuynhuys, where he lived and ran a market garden, growing fruit and vegetables. He later extended his land by buying the adjoining plot from Hendrik Evertsz Schmidt in 1678. Later in life, Evert moved to Stellenbosch where he was the first of the early pioneer Free Black farmers, starting the farm Welgelegen. Anna died in 1684 and Evert died in 1688. They had laid a firm foundation for their daughter’s success at farming. Zwarte Maria was baptised along with her mother at the age of 13 in 1676. She learned to farm by watching Evert. Her  entrepreneurship talent was developed by selling the produce for Evert from the market garden. Evert taught her how to make deals and how one could acquire land. By this coaching and experience she became a shrewd businesswoman and began investing in land. Zwarte Maria also made many contacts and developed strong networks as an accomplished and respected entrepreneur.

Zwarte Maria was engaging, diplomatic and had a captivating personality. Like many women enslaved or born into slavery, she sought out opportunities to put as much distance between herself and her original life as an enslaved person. At 16 she married a Free Black former Angolan slave by the name of Jackie Joij van Angola (aka Gracias van Angola). This was the first time that two West Africans got married in church at the Cape. It was to be her only formal marriage. She possibly had one of her seven children with Jackie Joij. It was in the same year of her marriage, in 1679, that Zwarte Maria was convicted for harbouring an escaped slave and sentenced to 6 months hard labour.

Zwarte Maria was recognized as one of the formidable farmers of the turn of the 17th and 18th centuries to have risen above adversity to such an extent that she became the owner of several farms in Cape Town and along the West Coast. She planted vines, fruit trees, wheat, corn and raised cattle and sheep. In 1713, before her death, Maria received the title deed from the United Dutch East India Company (VOC) to the farm in the area just over the neck between Table Mountain and Lions Head, right down to the sea - later to become known as Camps Bay. She had previously acquired other properties and hunting rights.  At the peak of her success, and only weeks before her untimely death, a visiting Englishman, Samuel Briercliffe, described her: “She is a tall woman, very black, having sparkling eyes which, though frightful in her, yet would be very killing in an English face, but she is a very good hostess, and provides for us splendidly and neatly withal ...” Zwarte Maria had eight children. One from her marriage to Jackie Joij, another with a man by the name of Kraak, then another with Willem ten Damme, and four with Bastiaan Colijn. One of Maria Everts' sons, Johannes Colijn, went on to be a prominent winemaker at De Hoop op Constantia farm which he owned.

Zwarte Maria Evert
A short documentary of her story.
The parents of Zwarte Maria Evert were born in Benin and taken as slaves to the Cape. In their home country there was a legendary female regiment known as the Amazon Warriors of Dahomey. It was a heritage that Maria came to embody as she rose from serfdom to become a prominent farmer and business woman. She was up against a colonial society dominated by European men but she died a very wealthy and respected woman. She was the first title deed owner of the farm that later became Camps Bay.
[03:47] Cape Town Museum

Zwarte Evert Maria Article
- Cape Town Museum -
Tributary 3: Free-Blacks of the Cape
Select one of the people of Tributary 3 to read more about them.