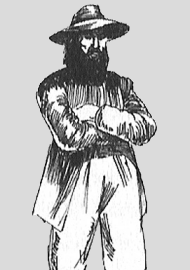 COENRAAD DE BUYS  was born on the farm Wagenboomrivier in 1761. His father was Jan de Buys, the second generation descendent of Jean du Bus and Sara Jacobs who were French Huguenots. When he was seven, it seems his stepmother had poisoned his father, just as she had possibly done with her previous husband according to what Coenraad’s sister told him. As a result of this scary story, Coenraad remained with his half-sister and her husband and became a herder.

In the early 1780s Coenraad lived on a farm near the Bushmans River in the Zuurveld with a woman of Khoe and slave descent, Maria van der Horst, with whom he had seven children. From this initial base, Coenraadengaged in cattle reeving and also became known for taking concubines along with cattle. This was the start in the Zuurveld and in the land of Ngqika of a lifelong nomadic life spent in African society far away from other Europeans. He went to live in the homestead of Ngqika well beyond the colonial border. Here he became the lover of Ngqika's mother, Yese, the wife of Mlawu kaRarabe, and became Nqqika's main advisor. He also took a Thembu wife, Elizabeth, and had many children with her. She was the great love of his life.

By the time of his death, the de Buys clan of multi-ethnic offspring were spread across the whole of South Africa. Coenraad was among the White and mixed Khoe and runaway former slaves who were on the Xhosa side in the frontier wars against the Boers and then the British. He was known as Khula. On 20 September 1799, Coenraad met the rebellious missionary Dr Johannes van Der Kemp, and acted as interpreter for him with Ngqika. From then they grew to be friends and mutual advisors. Coenraad even saved Johannes from drowning in the strong current of the Kabusie River. 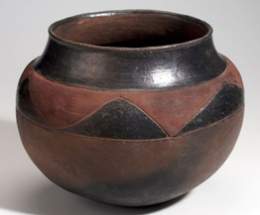 Around 1812 Coenraad was living in George but after he testified against a woman by the name of Martha Ferreira for abusing and murdering one of her female slaves, the White community turned against him. As a result of the tension, Coenraad moved northwards to the Kai !Gariep River, where he gathered his large extended family around him, creating a clan and joined in alliances with the different Orlam, the Khoe and Xhosa Drosters in the region. In 1813 Coenraad moved north to the central region of the Gariep River and gathered his extended family together with allies from the Khoe, Oorlams Afrikaners, Basters and Xhosa. He was 54 years old when he became a fugitive from the Cape. By 1818 Coenraad moved northwards to the present province of Limpopo, and there became a trader with the Sotho-Tswana and perhaps even with people in Mozambique.

In 1820 Coenraad decided to move north along the Madikwe (Marico) River into the Limpopo valley. The Tsonga and Afro-Portuguese in the valley supplied him with gunpowder in exchange for ivory. He settled in the Tswapong Hills east of Palapye, in present-day eastern Botswana. When his dear Elizabeth died, he was distraught and took his last journey to Mozambique where he asked his sons and their families to wait for him at the border, on the Limpopo River. He disappeared and never returned. It is believed that he died but his remains were never found. His descendants were called De Buys Basters (The de Buys Bastards).