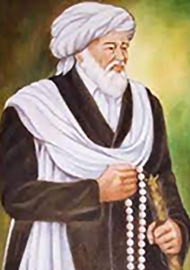 SHEIKH YUSUF VAN MAKASSAR (also known as Abadin Tadia Tjoessoep) was born at Macassar in 1626. He was of noble birth, a maternal nephew of King Bisei of Goa. He was sent for his studies to Arabia but with the capture of Macassar by the Dutch, it was impossible for Sheikh Yusuf to return to his native land. Thus, when he left Jiddah in 1664 he did not sail to Goa, but to Banten in Western Java. Sheikh Yusuf was never to see Goa and Macassar again. Sultan Ageng of Banten offered the Sheikh his daughter's hand in marriage and appointed him Chief Religious Judge and his personal advisor.

In 1680, a revolution broke out in Banten, headed by Pangeran Haji, Sultan Ageng's son. This revolution is thought to have been engineered by the Dutch. By 1683, Sultan Ageng had rallied enough support and besieged Pangeran Haji in his fortress at Soerdesoeang. The latter appealed to the Dutch at Batavia for assistance. The Dutch welcomed this opportunity. Sultan Ageng was defeated but managed to escape with a party of 5000 of which 1300 were soldiers. Among them was the 57-year-old Sheikh Yusuf and the Sultan's two sons, Purbaya and Kidul.

Sheikh Yusuf and Purbaya evaded capture and continued their resistance, but in September 1683, after a fierce battle, the Sheikh was wounded and fled to Cheribon en-route to Macassar. They were overtaken by Lieutenant Eijgel and completely defeated. The wounded Sheikh Yusuf escaped again and sought refuge in a small village. He lived there in complete destitution, fearing betrayal. By then, his company had been reduced to a total of 24, consisting mainly of priests and four women. 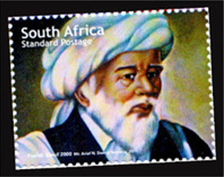 Sheikh Yusuf was eventually persuaded to surrender on a promise of pardon in 1684. The Dutch never fulfilled their promise, and he was incarcerated in the castle of Batavia. From there, despite appeals for his release by the King of Goa, the Dutch transferred Sheikh Yusuf to the Cape of Good Hope on 27 June 1693 into permanent enforced exile.

When Sheikh Yusuf arrived at the Cape, on the Voetboeg, he was royally welcomed by Governor Simon van der Stel and Sheikh Yusuf and his party were housed on the Farm Zandvliet, near the mouth of the Eerste River, in the area now called Macassar. He received an allowance of 12 rixdollars from the Cape authorities for support of himself and his party. At Zandvliet, Sheikh Yusuf's settlement soon became a sanctuary for fugitive slaves. It was here that the first cohesive Muslim Community in South Africa was established.

When Sheikh Yusuf died on 23 May 1699, he was buried on the hill overlooking Macassar at Faure. A shrine was constructed over his grave. Over the years this shrine has been rebuilt and renewed. Today it remains a place of pilgrimage.

Meet the Cape Malays of Cape Town
The diverse people of the Bo-Kaap community.
The diverse people of the Bo-Kaap community have come to be known as Cape Malays, the progeny of a group of mostly Indonesian exiles and enslaved people from Asia and Africa who were brought to South Africa starting in the 16th Century.
[07:17] CNN Inside Africa
Tributary 6: Exiles, Refugees & Convicted
Select one of the people of Tributary 6 to read more about them.