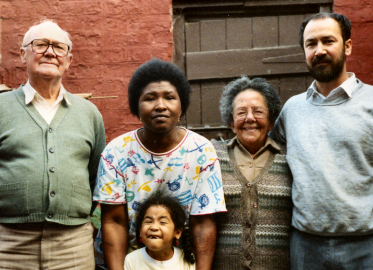 FRED CARNESON was the sixth of nine children, born on 13th January 1920 in Goodwood, Cape Town to Anthony and Annie Carneson, a poor Catholic working-class family. Fred’s parents were both borderline illiterates, with his father able only to read simple books, which he enjoyed. His father worked as a coach painter for the railways in Salt River, Cape Town until he was transferred to Pietermaritzburg, Natal (now KwaZulu-Natal) railway workshops, in 1924. Fred was the first in the family to be educated beyond Grade Eight. Unfortunately, his father could not afford to keep him at school, forcing him to leave school and begin working at the age of 14. This was a common experience in the Cape during the 20th century.

He first worked as a messenger for the Post Office, then trained as a post and telegraph assistant, working at Post Offices in Durban, Pietermaritzburg and Port Shepstone. During this period, he shared lodgings with students who were Communists and he decided to join the Communist Party of South Africa (CPSA) in 1936 at the age of 16. Carneson met his future wife, Sarah Rubin Carneson in 1936 in Pietermaritzburg. In 1938, Sarah helped him establish the first Communist Party group in Pietermaritzburg. Soon after, he enlisted in the army to fight in the Second World War. From 1938 to 1945, he served as a radio officer and saw duty in East Africa and Abyssinia (Ethiopia). While he was on leave, he travelled back to South Africa and married Sarah on 31 March 1943.

Sarah was an activist in the League against Fascism and War, and she taught literacy classes for workers. From 1936 to 1940, she worked as a trade unionist with tobacco and sugar workers in Durban and in 1945, she became general secretary of the South African Railways and Harbours Union, based in Cape Town. During World War 2 Fred was badly injured at the Battle of El Alamein, so Sarah cared for and supported him. It was during the war that Fred also met another leftwing South African, Brian Bunting, on a boat going to the Suez. Bunting was to become his best friend and comrade over the years. After the war, Carneson worked for the Springbok Legion, a leftwing soldiers union which Brian was instrumental in forming. This organisation was the brains behind establishing a mass movement of protest against Apartheid laws by Afro-European servicemen known as the Torch Commando led by Adolf ‘Sailor’ Malan. 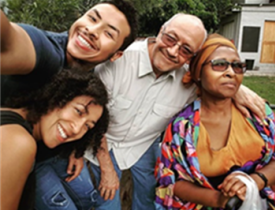 Fred was first arrested in August 1946 on charges of sedition and over the years he was arrested over sixty times for political activities. An overwhelming majority elected Fred Carneson as Representative for Native Affairs for the Cape City Council in 1949 until 1952 when Black people were disenfranchised.  At the end of 1945, Carneson started work as manager, fundraiser and editor of the left newspaper, The Guardian, and then editor of New Age for ten years until 1963 when he was banned for the last time – eighteen years in all. In 1952, both Fred and Sarah were banned for the first time. The banning order on the couple was repeated in 1954. This effectively prohibited them from working for trade unions and other related organisations. Later, in 1954, Carneson was prohibited from being in a gathering of more than two people and prohibited from printing, publishing or teaching.  On 5 December 1956, Carneson was among the 156 arrested for treason. He was acquitted in 1961. The Carnesons endured constant harassment and threats – on one occasion, snipers fired into their home just missing the head of their young son, John. In 1961 Fred Carneson became the first political commissar for Umkhonto we Sizwe (MK) in the Western Cape when the armed wing of the liberation movement was formed.

On 8 December 1965, the Security Police arrested Carneson. He was tortured, kept in solitary confinement for 13 months and then imprisoned at Pretoria Central Prison. The Carneson family was forced to go into exile in London. When Sarah applied for permission to visit her husband, she was told that she would be arrested if she re-entered South Africa. After nearly seven years in prison, Fred Carneson was released on 24 February 1972. He left South Africa to join his family in London from where he, Sarah and his now grown children, continued to contribute to the South African liberation struggle.

Fred and Sarah’s son, John, became a teacher at the Solomon Mahlangu Freedom College in Tanzania where he met Ntombikayise Carneson to whom he was married. They have two children – Busisiwe and Sipho. John, Ruth and Lynn Carneson all followed in their parents footsteps as non-conformist Afro-Europeans. Busi and Sipho are a new generation of Camissa Africans.

After the unbanning of political organisations, the Carnesons returned to Cape Town, South Africa on 19 May 1991 and Fred continued to render service to the people of South Africa until his death in 2002 and Sarah passed on at 99 years of age in 2015.