What is the Meaning of Camissa?

Camissa is the creolised form of ǁkhamis sa, meaning “sweet water for all” in Kora the Khoe-language of the Cape. It refers to the river that flows from the !areb (mountain) Huriǁammaǂkx’oa  (rising from the sea – Table Mountain) down to huriǁamma (the sea) (ǁamma also means water). This river system has over 40 tributaries and springs. Today the river runs beneath the city of Cape Town. Symbolically, Camissa represents life because without water, life cannot be sustained. More generally, ǁkhamis sa is the Kora name used for fresh-water rivers across Africa. 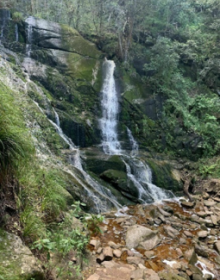 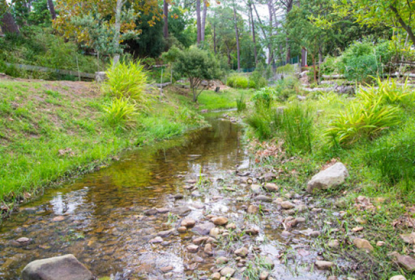 The first Khoe traders who traded with European ships were settled in a small community on the banks of the Camissa River at the shoreline. These people of the Camissa called themselves ǁAmmaqua and the Europeans called them the Water People (‘Watermans’ in Dutch). Their familial ties were to the Cochoqua people of the West Coast. Other peoples who seasonally lived in the area were the Goringhaiqua and the Gorachouqua Khoe as well as the Sonqua, who were San fishermen people related to the ǀXam with some Khoe followers (Goringhaicona). 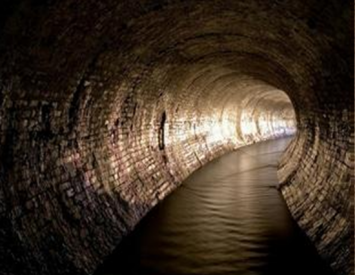 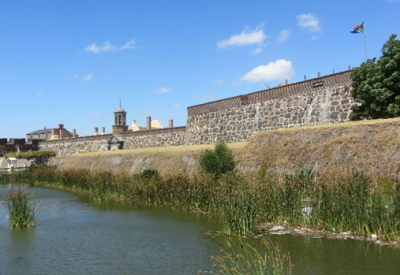 The Camissa settlement was seized by the Dutch in 1652 and over the next eight years the Camissa people were forced out of the area, particularly after the first Dutch-Khoe war in 1659. At the same time enslaved peoples from other parts of Africa and from Asia were forcibly brought across the shoreline in chains into the Camissa embrace. 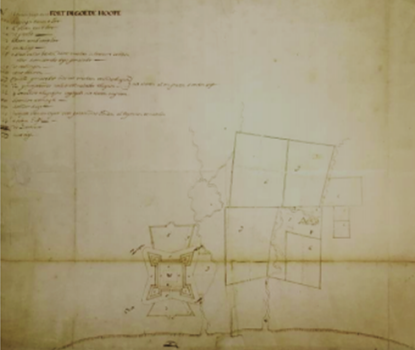 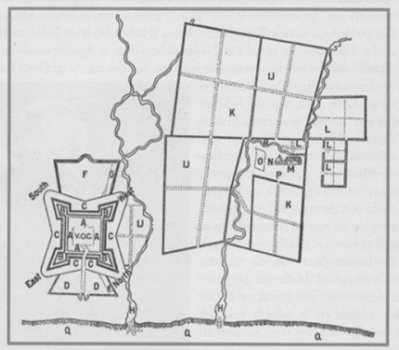 Casper van Weede, c. 1654. Plan of the Fort and the Company Garden.
Nationaal Archief, 4. Vel 816. Source Grootte Atlas.
Move your cursor to any part of the map image to see an enlarged area. 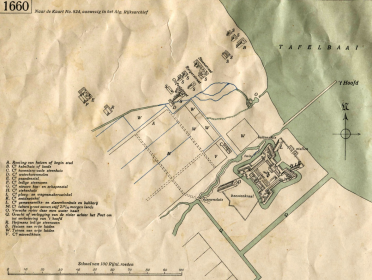 The Khoe and the enslaved became the cornerstones of a new creole African population who would, from 1911, be formally classified as ‘Coloured’. Camissa Africans cannot be defined by colour, features, ethnicity, or race but by a common experience of facing and rising above systemic adversity and a range of crimes against humanity – colonialism, slavery, ethnocide and genocide, forced removals, de-Africanisation and Apartheid. Just like the Camissa River was forced underground, so were the Camissa Africans.

Read about Camissa in Research

The Camissa River
ǁkhamis sa - “Sweet Water For All”
The Camissa River, named by the Khoi-Khoi, still runs through (and under) the city of Cape Town.
[01:01] SABC News
Place of Sweet Waters
A documentary directed & written by Sven Harding.
Cape Town, like much of South Africa, is often subjected to drought like in 2016, yet millions of litres of naturally occurring fresh water run under the city's streets, to be dumped straight into the sea, every day. This film aimed to raise awareness of this almost criminally neglected, but desperately needed, resource, in the hope that it might be reclaimed to help sustain Cape Town's booming, and increasingly water-stressed, population. This film was made as part of the 2016 sH2Orts film competition - a film competition from WaterAid in partnership with Public Media Alliance's WorldView project.
[03:36] Sven Harding - sH2Orts